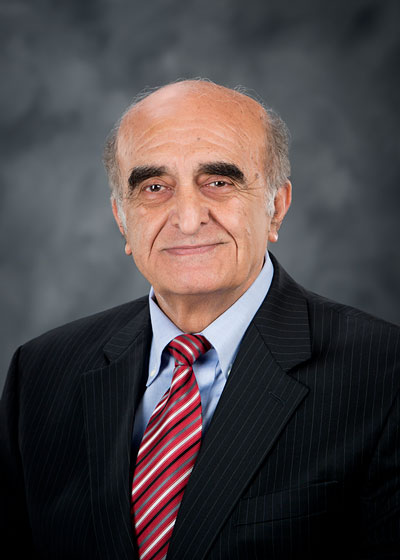 Razzaghi’s research area is in Applied and Computational Mathematics, which ranges from developing, analyzing, and implementing mathematical models and numerical methods from sciences and engineering. He is particularly interested in optimal control, fractional calculus, orthogonal functions, and wavelets. He has performed fundamental work and has made major advances in these fields. Specifically, he has introduced a novel method known as "hybrid functions" by combining piecewise and continuous basis functions. He was also the first to use Legendre wavelets for approximating solutions to problems in dynamical systems with jump and discontinuities. He has over 230 refereed publications in high-quality international journals in the areas of applied mathematics, mathematical physics, and engineering. He presented over 180 talks in national/international conferences. These include numerous plenary and keynote lectures. In addition, he is on the editorial board of the international journal of Mathematics and Computers in Simulation. Because of his extensive scientific and educational activities in Romania, he has been named to editorial boards of two Romanian journals. He also had NASA grants of over $600,000.

Dr. Razzaghi has been an essential part of the Department’s graduate program since its inception and was heavily involved in the design of the Ph.D. in Mathematical Sciences at Mississippi State. He has been instrumental in developing several new courses, and he has taught a wide range of graduate and undergraduate classes. Dr. Razzaghi supervised and directed Gamal Elnagar, the first student to complete a Ph.D. in Mathematical Sciences at MSU in August 1993. His thesis work resulted in eight refereed journal publications, one of which, coauthored with him, to date has been cited over 640 times.