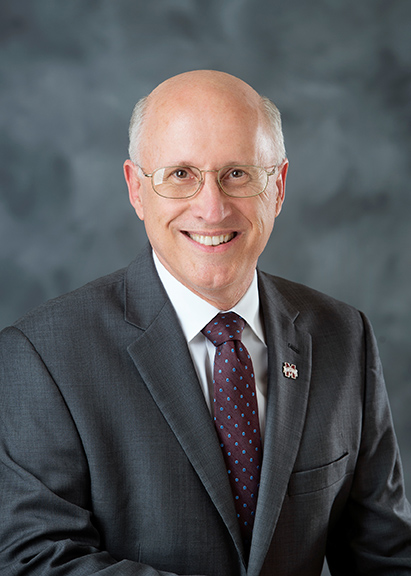 David Shaw is the provost and executive vice president at Mississippi State University. As chief academic officer, he oversees all academic policies, the integrity of the academic mission, and academic operations of Mississippi’s leading university and land-grant institution. He provides direct oversight for eight academic colleges and two campuses, as well as many academic and non-academic support units. A longtime faculty member and former vice president for research and economic development at MSU, he works with senior administrators to develop budgetary recommendations that affect the teaching, research and service mission of the 141-year-old institution.

Dr. Shaw joined the Mississippi State faculty as an assistant professor in 1985, with a joint teaching and research appointment in the Department of Plant Pathology and Weed Science. He has taught undergraduate and graduate courses, including weed biology and ecology, herbicide physiology, fate of pesticides, and a remote sensing seminar. During his time on the faculty, he earned praise for his classroom teaching, graduate advising, publishing and ability to secure grant funding. He also played an active role in the Robert Holland Faculty Senate, including serving as chair of the Charter and Bylaws Committee. During that time, the Faculty Senate enacted the faculty governance document that remains in place today. In 1999, he was recognized as a William L. Giles Distinguished Professor, the university’s highest honorary distinction.

Additionally, he was involved in expanding the curriculum through the creation of two multidisciplinary undergraduate degree programs. He has also advised and mentored numerous undergraduate and graduate students over his career. More than 20 of his Ph.D. students have become university faculty or government research scientists – helping to train a new generation. Others have served in leadership positions in industry or started their own businesses. Most recently, he was the major professor and mentor for a Ph.D. student who graduated in May 2019. He considers his students’ success among his most significant – and rewarding – contributions.

During his tenure as the university’s chief research officer, Mississippi State attained Carnegie Foundation R1-Very High Research Activity Doctoral University status and consistently ranked among the National Science Foundation’s top 100 research institutions, including a national ranking of 9th in agriculture research and 17th in social sciences. The university’s research expenditures totaled nearly $241 million in FY 2017, accounting for more than half of the total in research and development expenditures reported by all Mississippi institutions. He also worked closely with local, state, and regional economic development officials to recruit new companies to the state.

Dr. Shaw previously served as the founding director of the Northern Gulf Institute, a NOAA Cooperative Institute. The NGI’s primary goal is to develop a research and transition program that fills priority gaps or reduces limitations in current awareness, understanding and decision support between upland-watershed systems and coastal waters, habitats, resources and hazards, in the context of developing more resilient communities and ecosystems. NGI has led NOAA’s cooperative institutes in research of unmanned aircraft for applications in hurricane modeling and levee assessment. He also was founding director of the Geosystems Research Institute at MSU, a research and outreach institute focused on spatial technology visualization of complex datasets and computational modeling in agriculture, forestry, water resources, climate, weather and oceanography.

Dr. Shaw is a fellow of the Weed Science Society and a fellow of the American Association for the Advancement of Science. In 2017, the Fulbright U.S. Scholar Program selected him for its prestigious U.S.-France International Education Administrators Program. He holds a bachelor’s degree in agriculture from Cameron University in Oklahoma and a master’s and doctorate from Oklahoma State University, both in weed science.