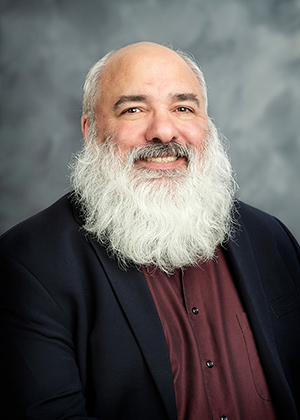 Dr. Daniel G. Peterson received his B.S., M.S., and Ph.D. degrees from Colorado State University in 1991, 1993, and 1998, respectively.  Following postdoctoral research at the University of Georgia, Peterson joined the Department of Plant & Soil Sciences at Mississippi State University (MSU) in 2002.  In 2012 he became a full professor in Plant & Soil Sciences and was made the director of the Institute for Genomics, Biocomputing & Biotechnology (IGBB; www.igbb.msstate.edu) at MSU. He was named a W. L. Giles Distinguished Professor in 2020.

Peterson’s research is focused on understanding the biomolecular interactions underlying the diversity, value, and sustainability of species of agricultural, medical, bioenergy, and/or ecological importance.   He has been a leader in the international cotton and conifer genomics communities and played key roles in producing reference genome sequences for multiple cotton species, sorghum, rohu carp, American alligator, Australian saltwater crocodile, Indian gharial, alligator gar, and numerous bacterial, nematode, and arthropod crop pests.  The genome sequences generated by Peterson and his colleagues are being utilized to study genetic diversity and leverage such diversity to improve crop plants/animals in the face of an increasing human population, emerging pests and pathogen threats, and climate instability.  For his leadership in the production of the first reference genome for cotton, Peterson was awarded the National Cotton Council’s 2012 Biotechnology Award.

Peterson has co-authored >80 peer-reviewed papers including publications in Nature, Science, Nature Biotechnology, and Nature Genetics.  During his career, Peterson has received funding from multiple federal, state, and private agencies, and has served as principal investigator (PI) or co-PI on awards worth > $48M.  He has twice received the Mississippi Agricultural & Forestry Experiment Station Grantsmanship Award, and in 2013 he was awarded the Ralph E. Powe Research Excellence Award.

Peterson teaches two graduate-level courses focused on the structure, function, and evolution of genomes. Additionally, he has been involved in summer internship programs aimed at training talented undergraduates from local "historically black colleges and universities" (HBCUs).

Peterson has served on the executive committee of the International Cotton Genome Initiative (ICGI) and on the scientific policy committee of the American Society of Plant Biologists (ASPB).  He is an associate editor and/or editorial board member for several scientific journals.